Master the Fretboard at your own Pace

What is Zombie Guitar?

Did you ever see those people that can just pick up a guitar and start playing amazing sounding music on the fly? They just start noodling, and everything that they play seems to sound great. People may ask, "what song is that?", to which they respond with "I dunno, I'm just messing around"...How do they do that?!? People like this seem to almost have some sort of superhuman ability where they can EFFORTLESSLY just play whatever they hear in their head. It's almost like magic!

Zombie Guitar was created for those of you who wish to become this type of person. It’s not even nearly as hard as you may think either. The fretboard is laid out in a manner where everything is simply just a bunch of “movable” shapes and patterns. That’s the beauty of the guitar! Once you can see and understand this, you will be well on your way!

Now I do understand that a lot of people just want to play songs by their favorite bands. Trust me, I love doing that too. However, rather than constantly needing to have someone hold your hand and teach you songs, why not just learn how to figure out songs by ear? This is a SKILL that can be learned by anyone. While it may take a little bit of time to learn this skill, it will SIGNIFICANTLY cut down on the time that it takes you to learn songs in the future.

Learning music is a never-ending journey, and no matter where you are currently at, Zombie Guitar has something to help take you to the next level. This applies to beginners, intermediates, advanced players and everything else in-between. Scroll down the page to learn more! 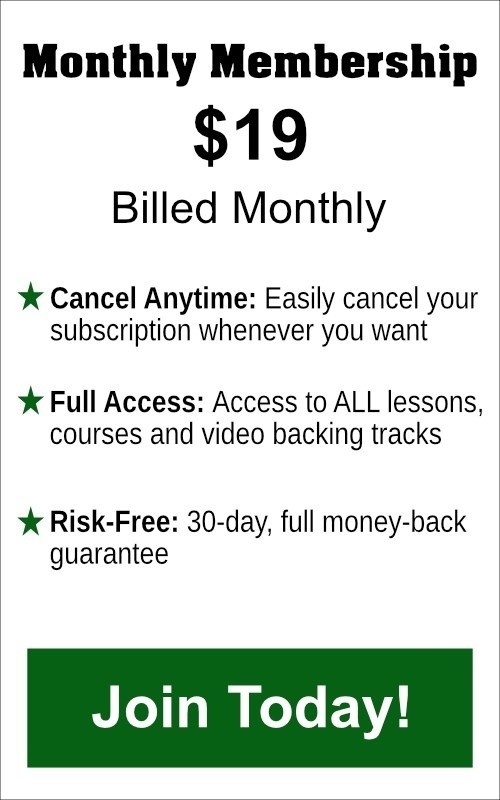 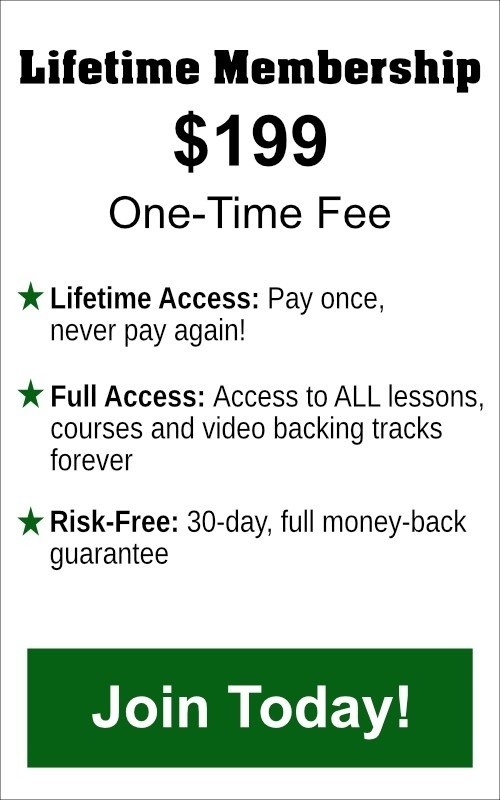 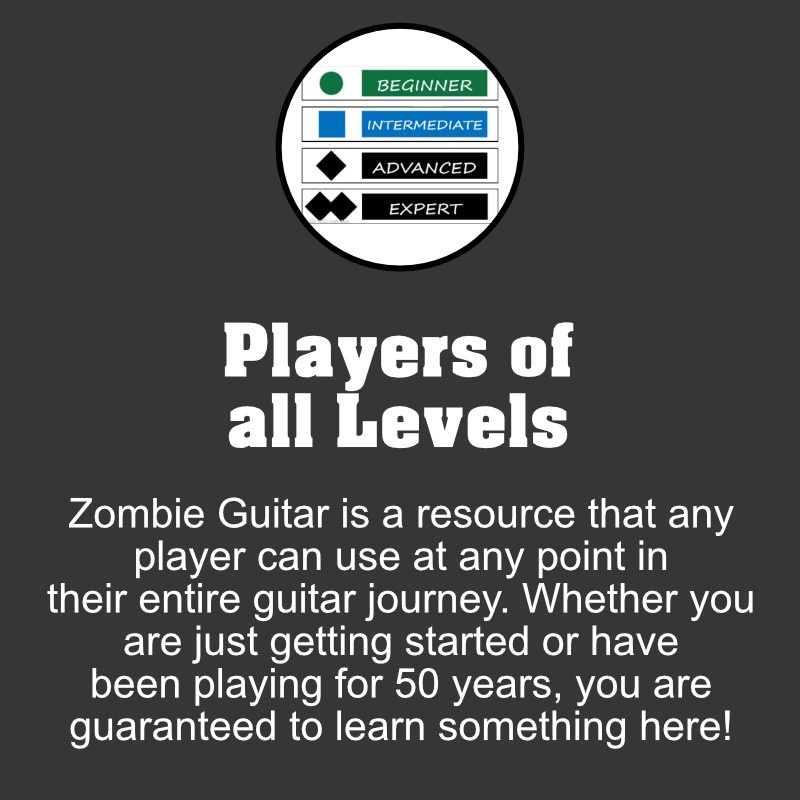 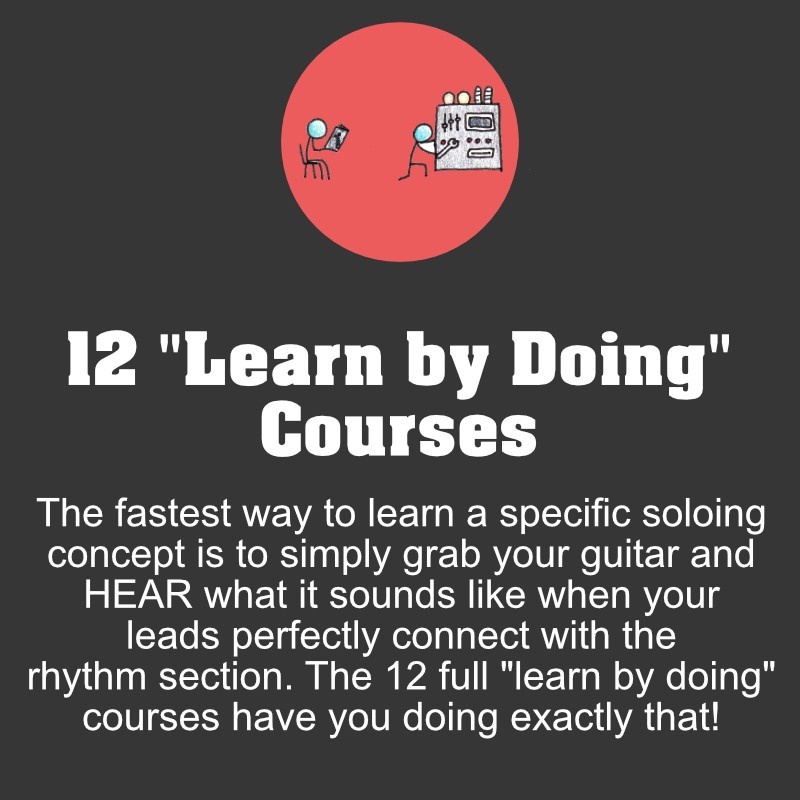 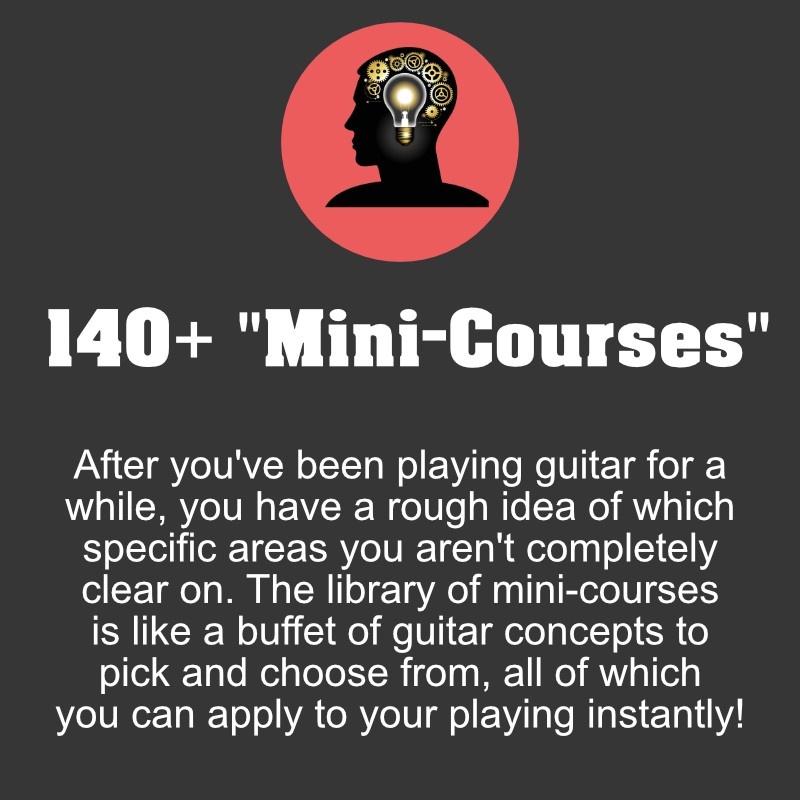 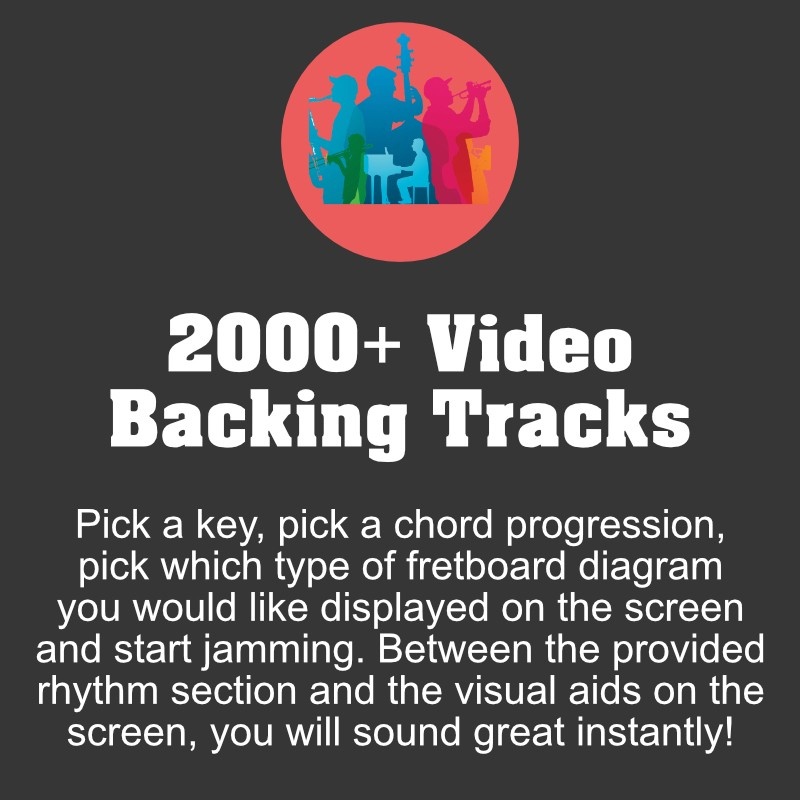 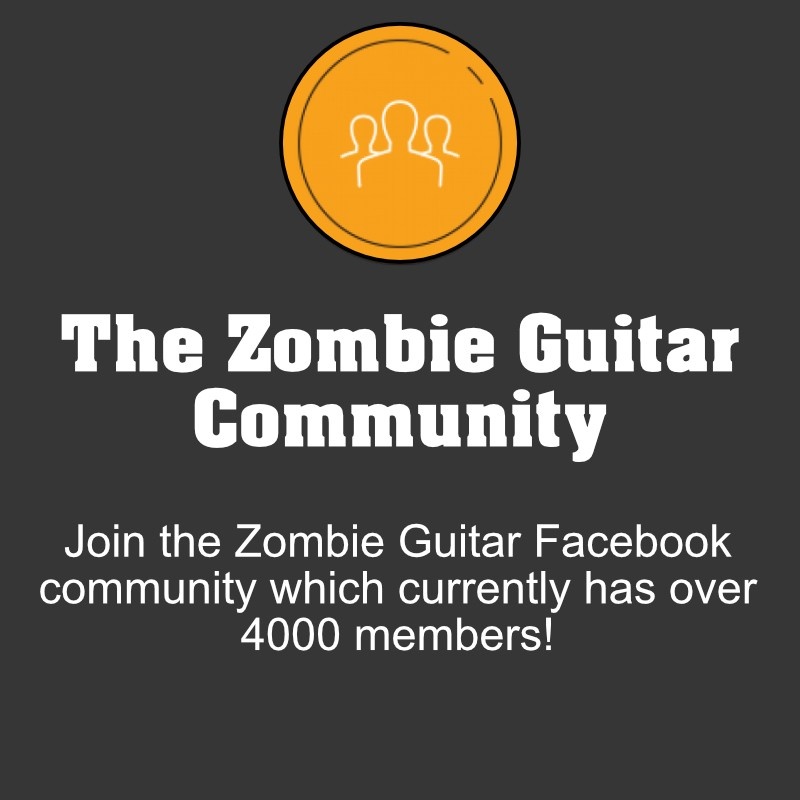 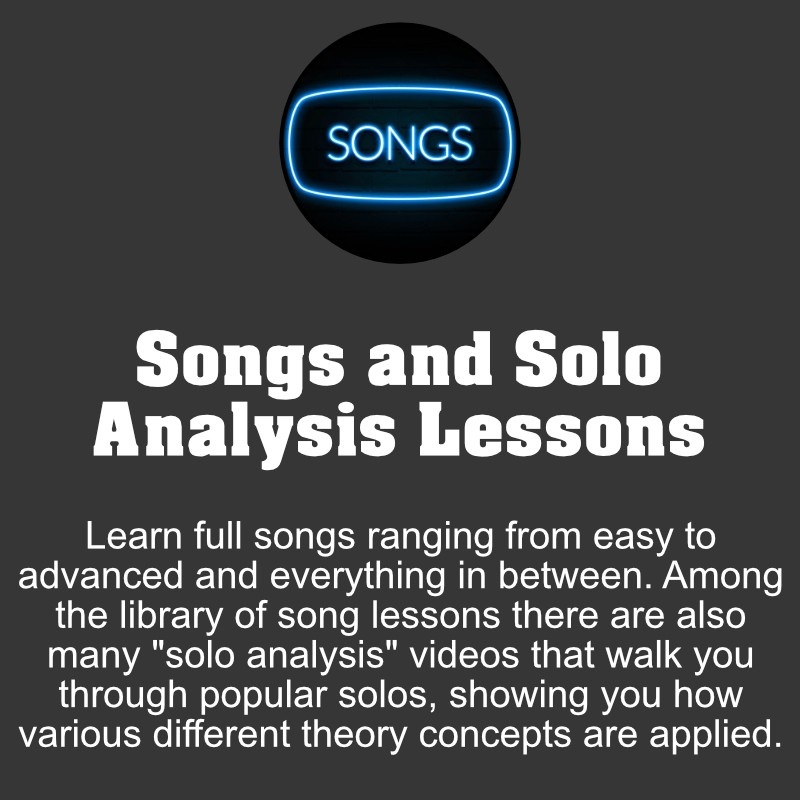 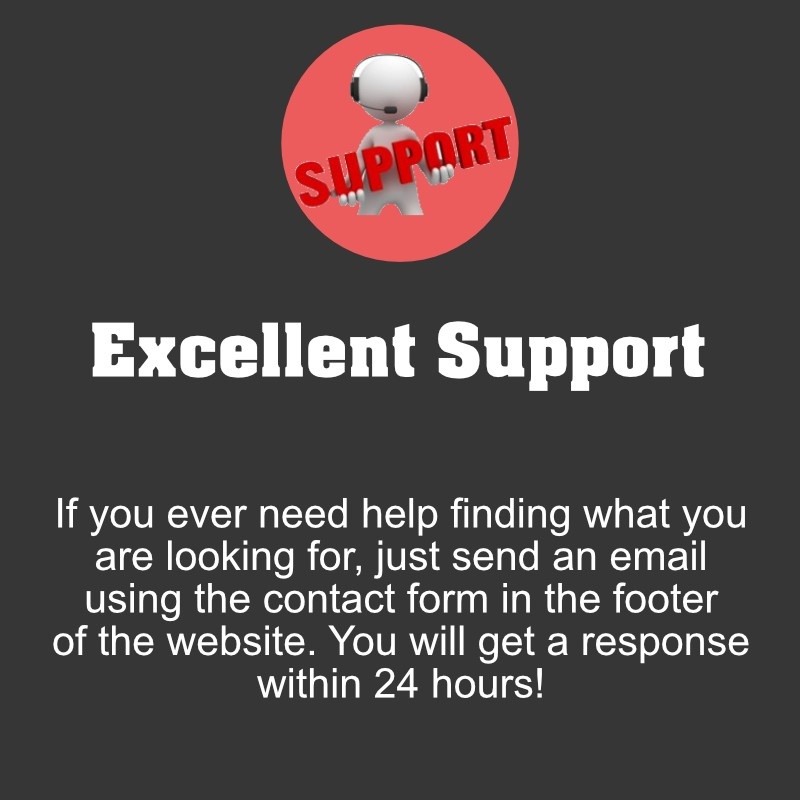 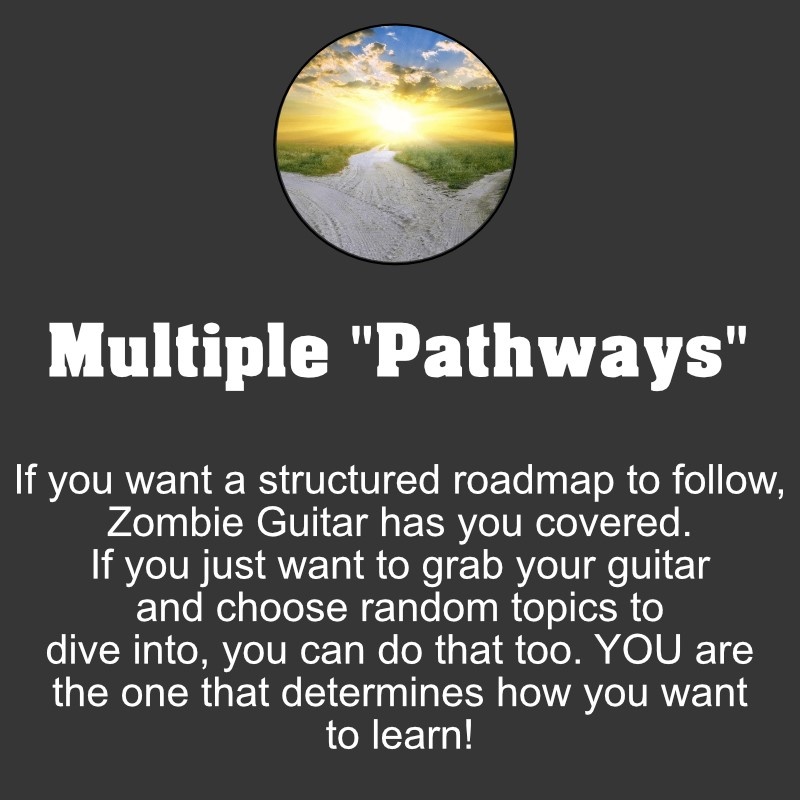 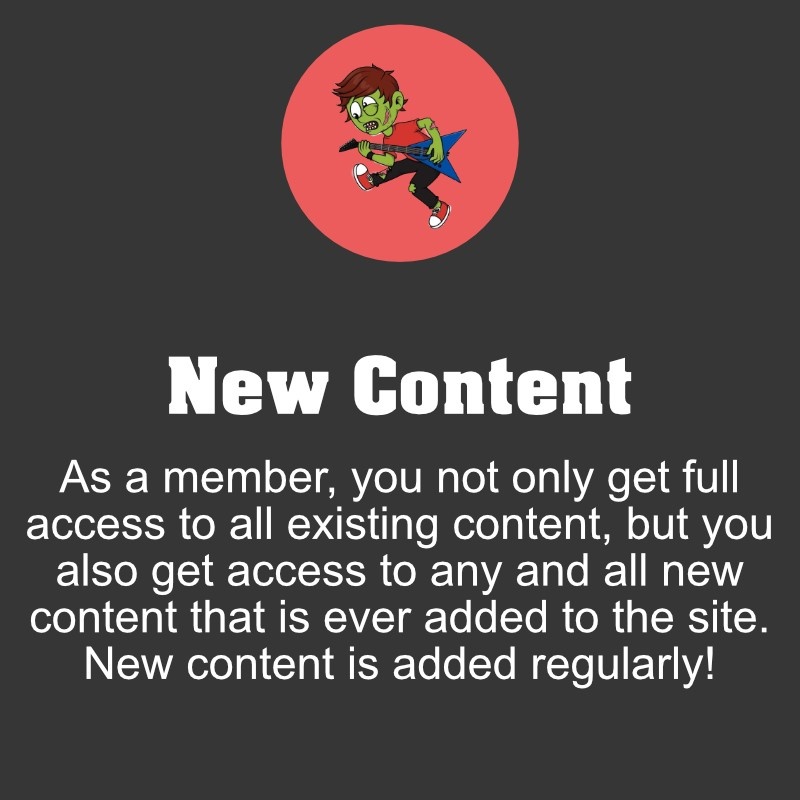 Q: Do I get access to everything all at once?
A: Yes! There is a TON of content, so don't skip the walkthrough video!

Q: Is there a refund policy?
A: Yes! There is a 30-day refund policy. If you decide that Zombie Guitar isn't for you within 30 days of your initial purchase, simply ask for your money back using the contact form in the footer of the website, and we will give you a full refund!

Q: Is new content ever added?
A: Yes! There is new content regularly added into the In-Depth Lesson Portal. Sometimes new full courses are added as well. Zombie Guitar has been steadily growing since 2015, and it's not stopping anytime soon. You have access to everything - old and new!

Q: Are there any song lessons?

A: Of course! While the primary goal of Zombie Guitar is to teach you to understand music, we fully understand that people still just want to learn how to play songs as well. We've got you covered there with over 75 song tutorials included in the membership. Of course the song tutorials also show you how the various different concepts are applied in addition to the step-by-step walkthroughs of the song or solo, but that's Zombie Guitar for ya. It's ALWAYS about understanding "the why" behind the music 😀!

Below you will find a brief description of each of the 12 full courses and their primary objectives. 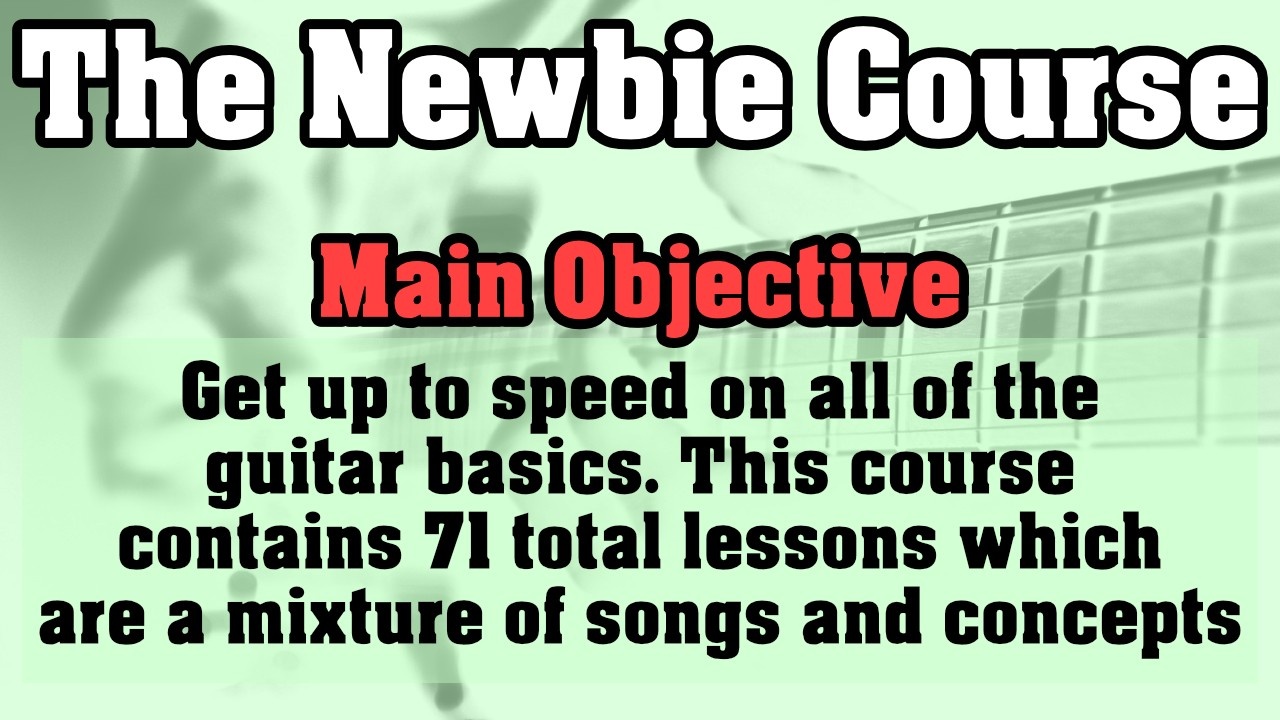 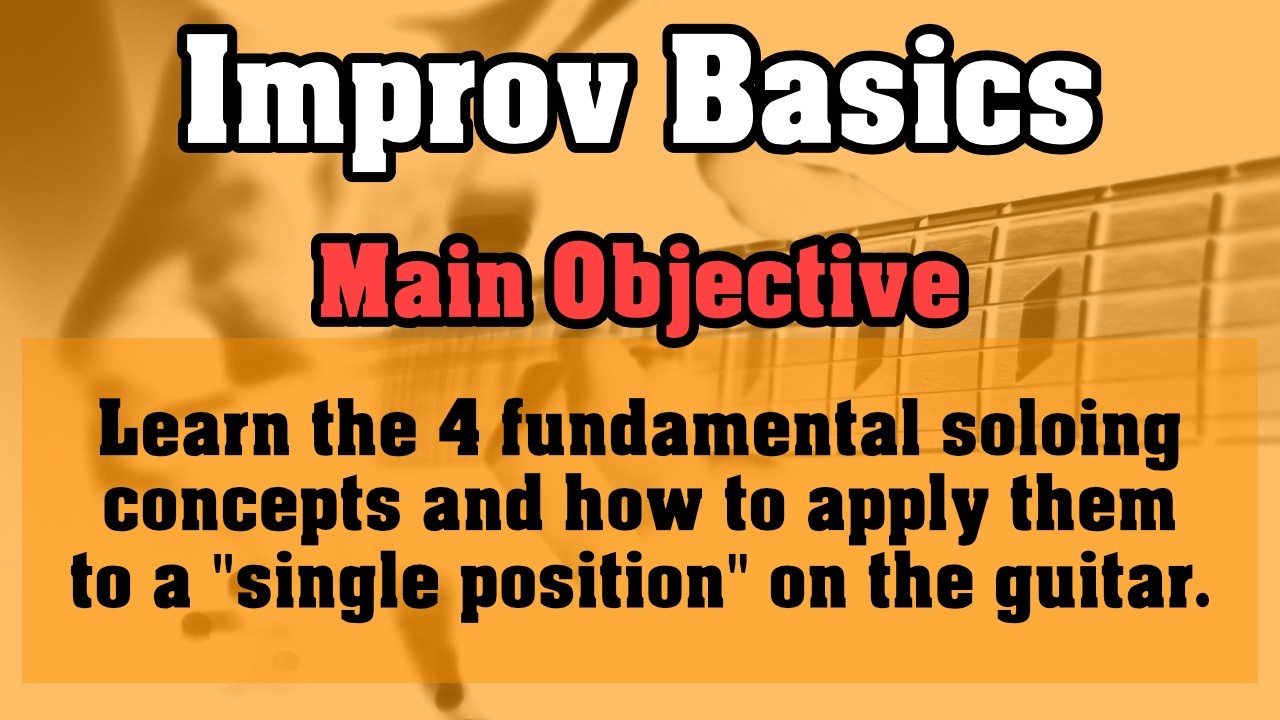 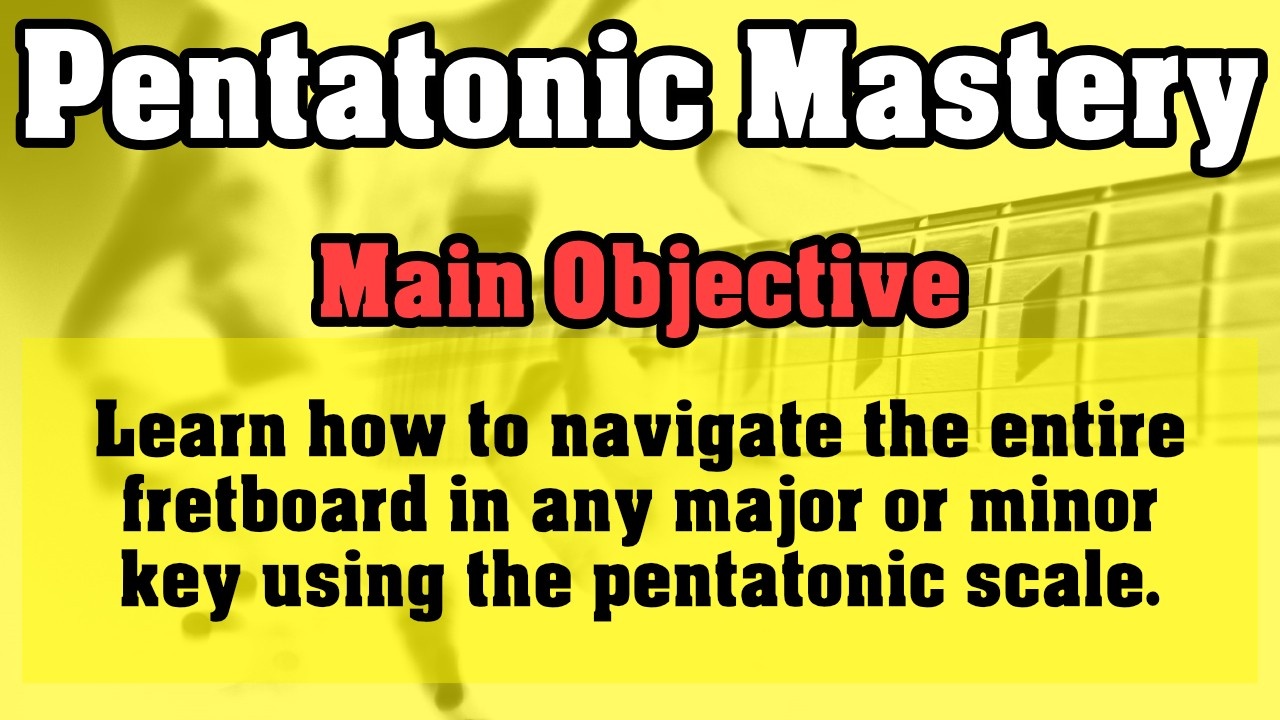 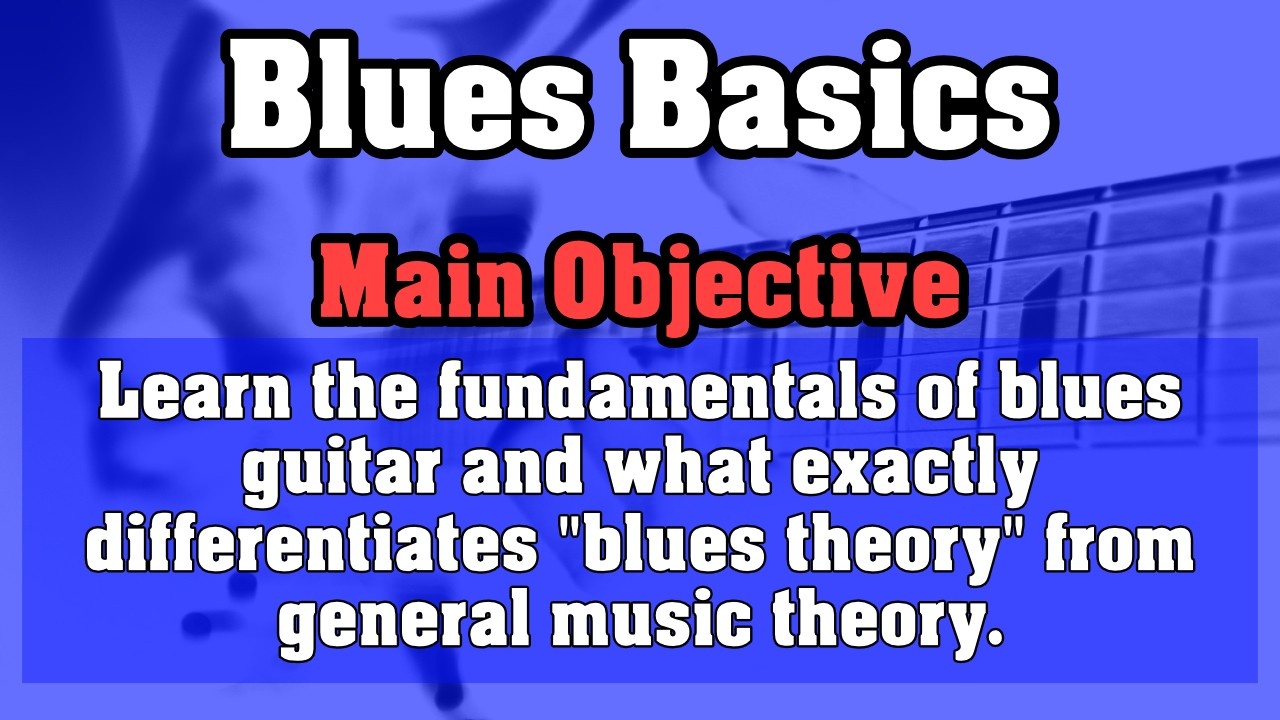 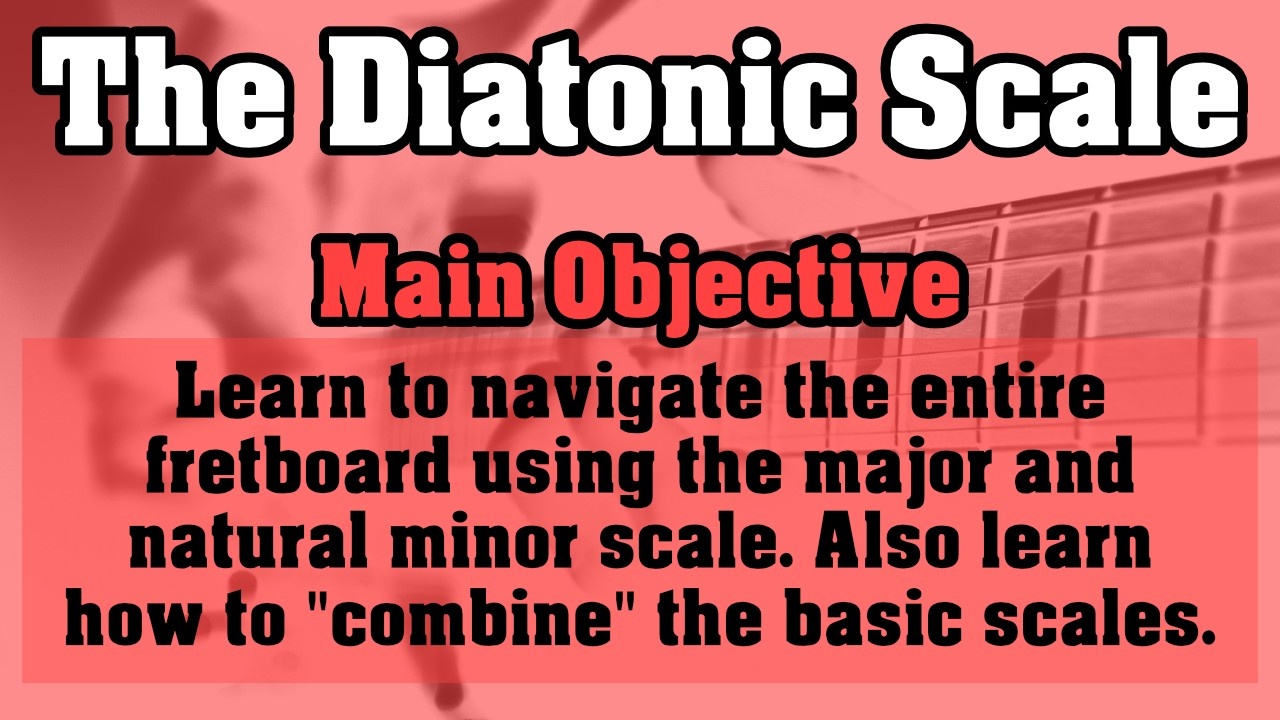 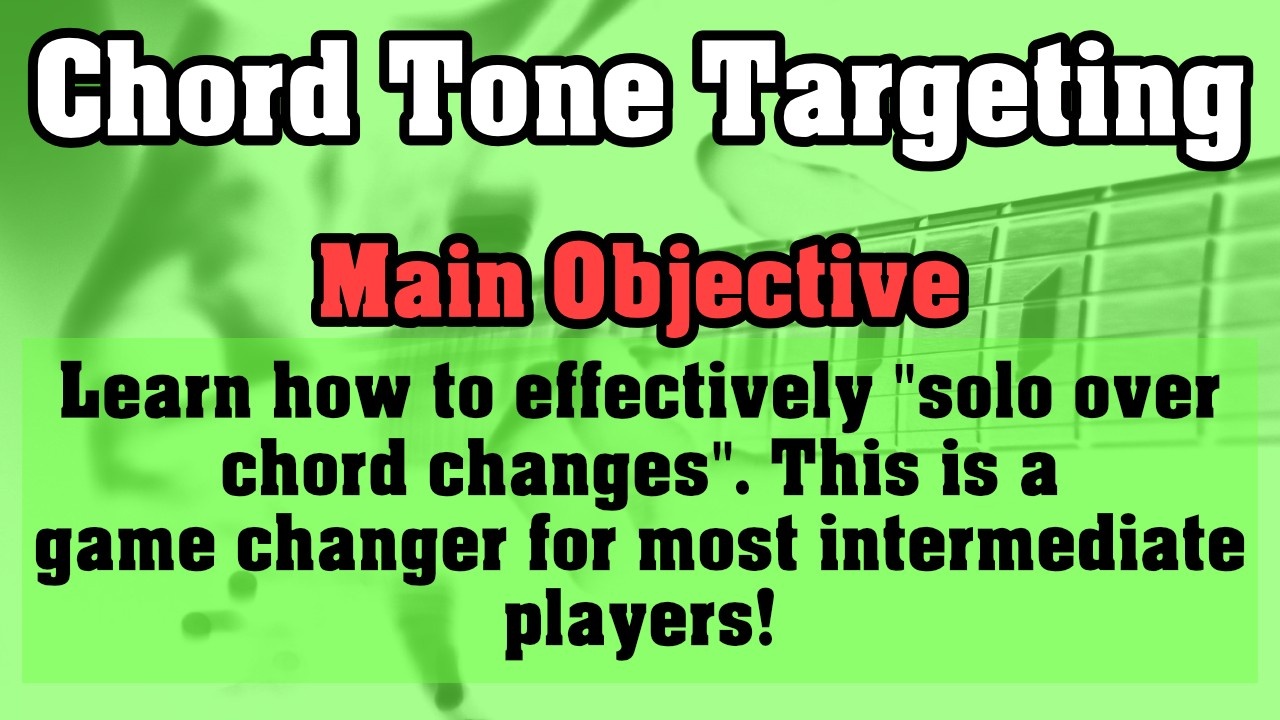 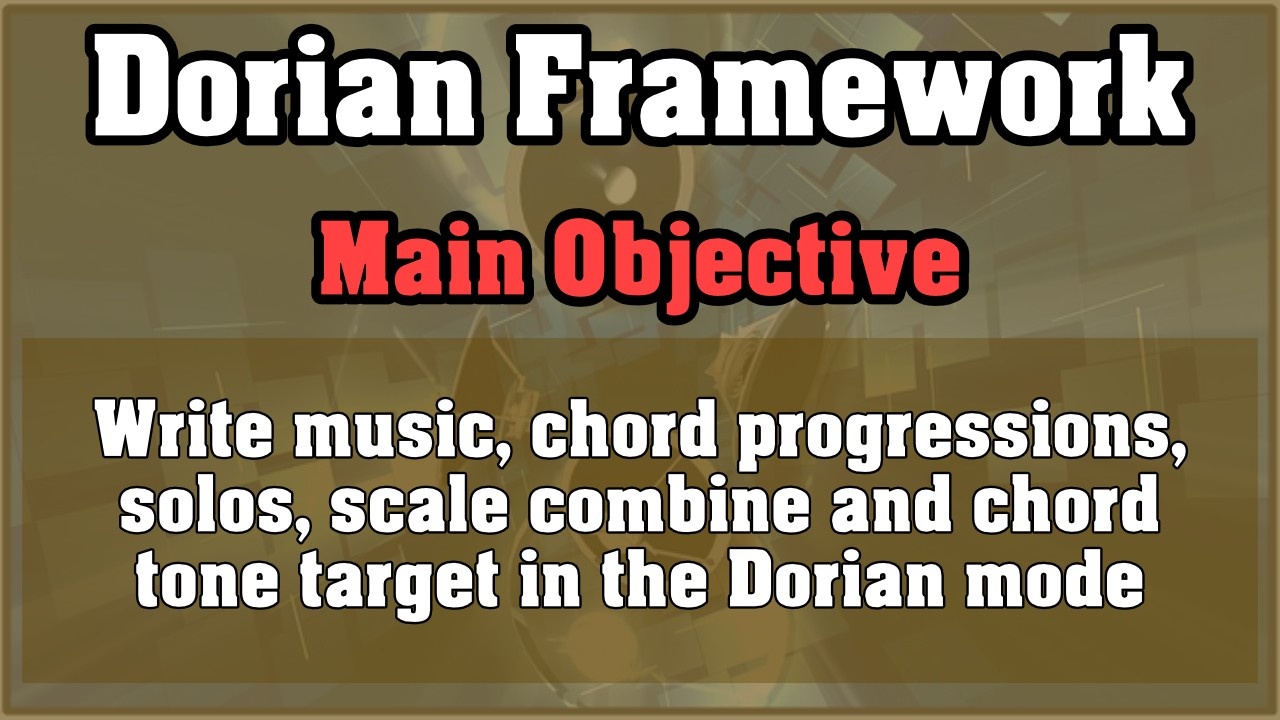 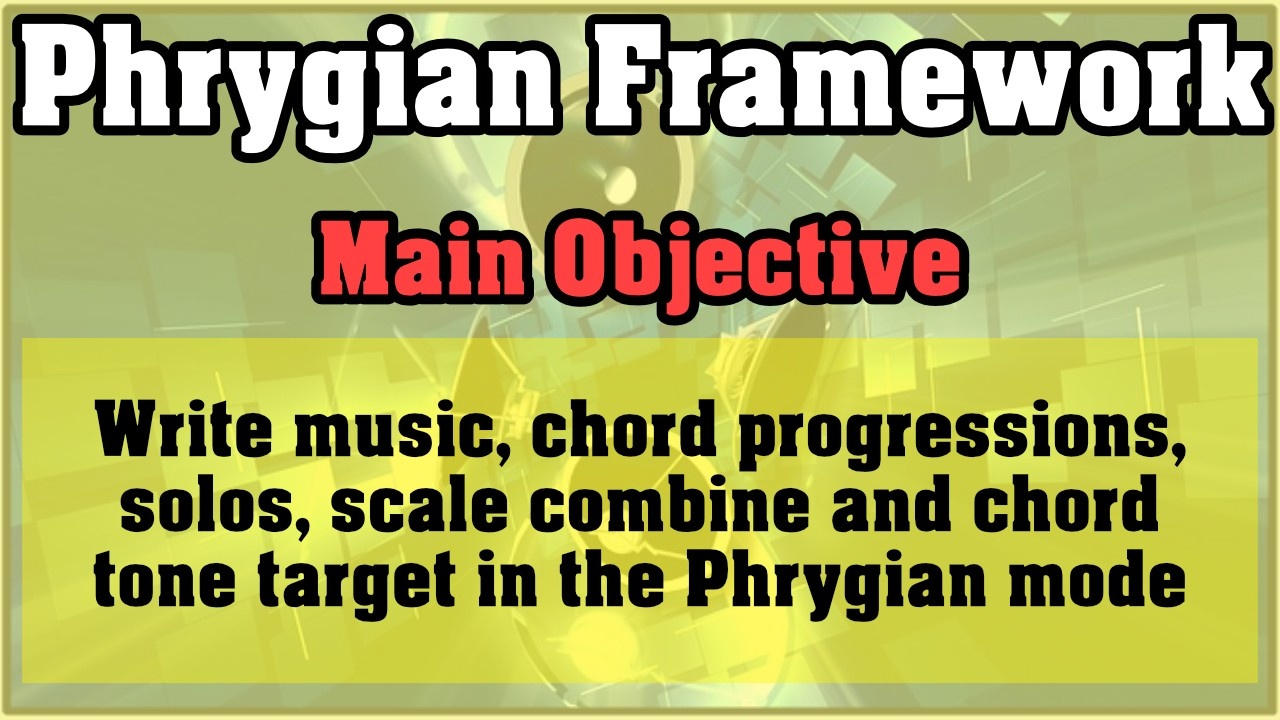 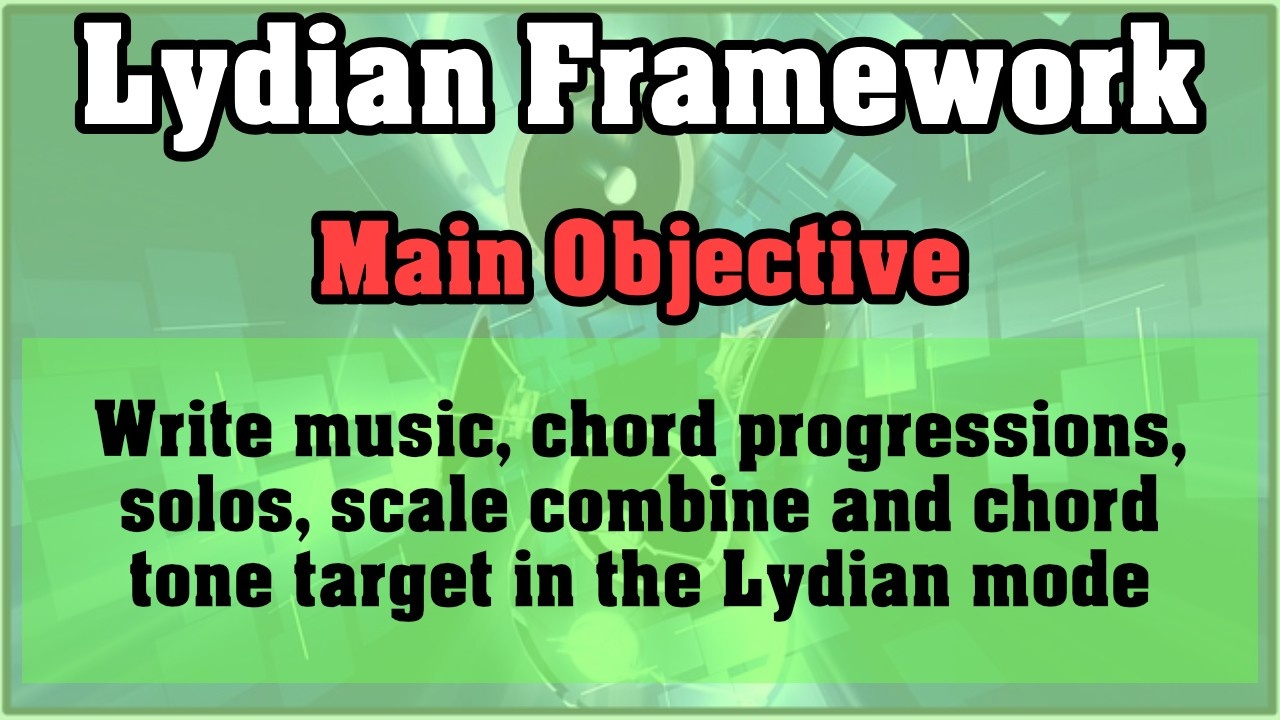 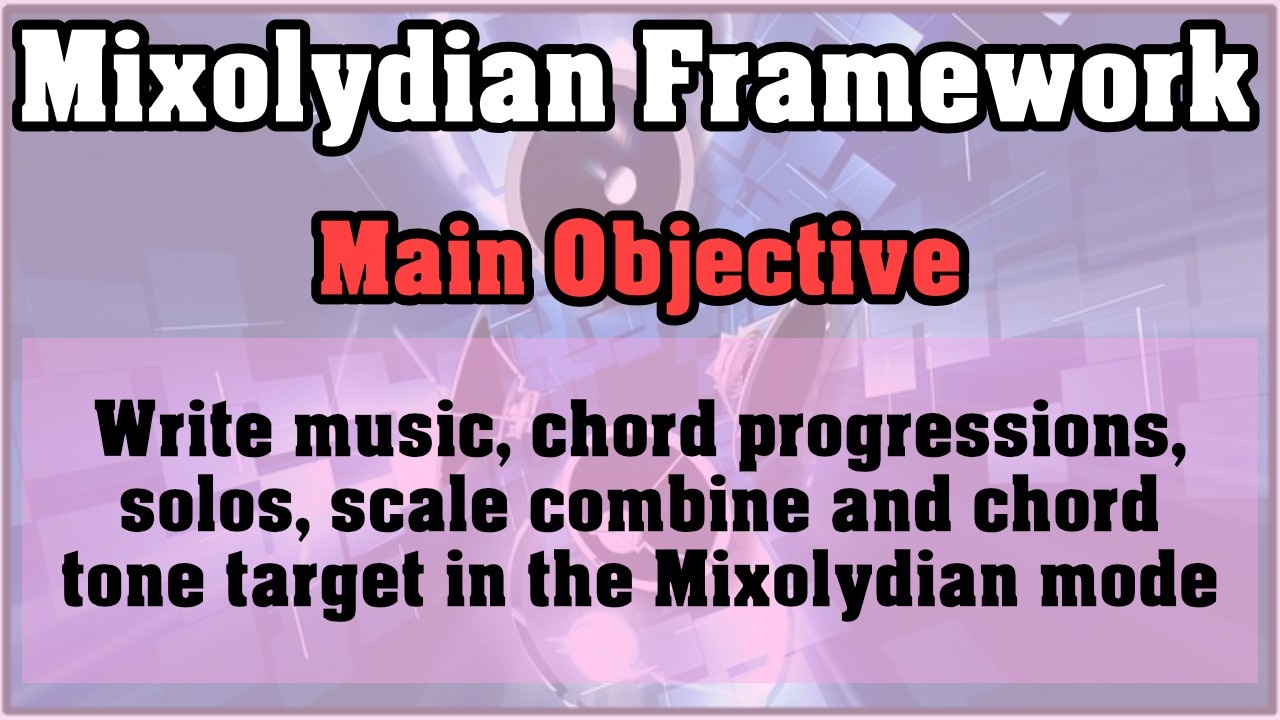 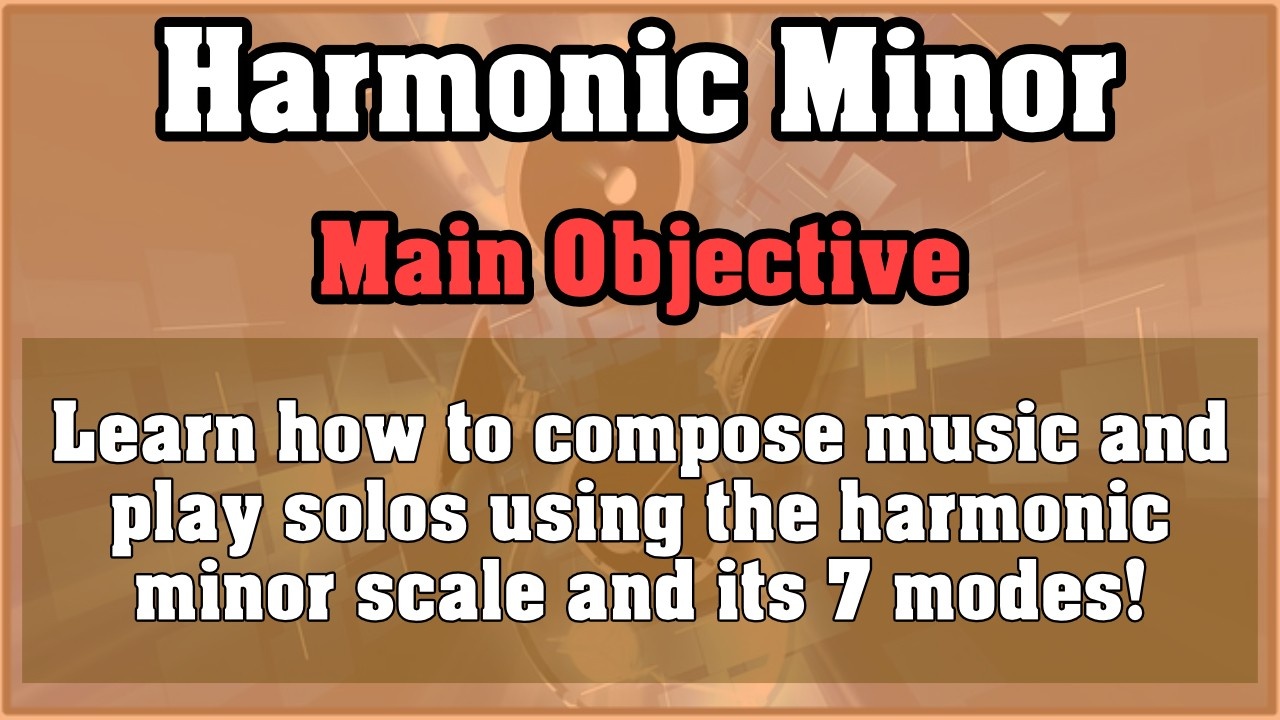 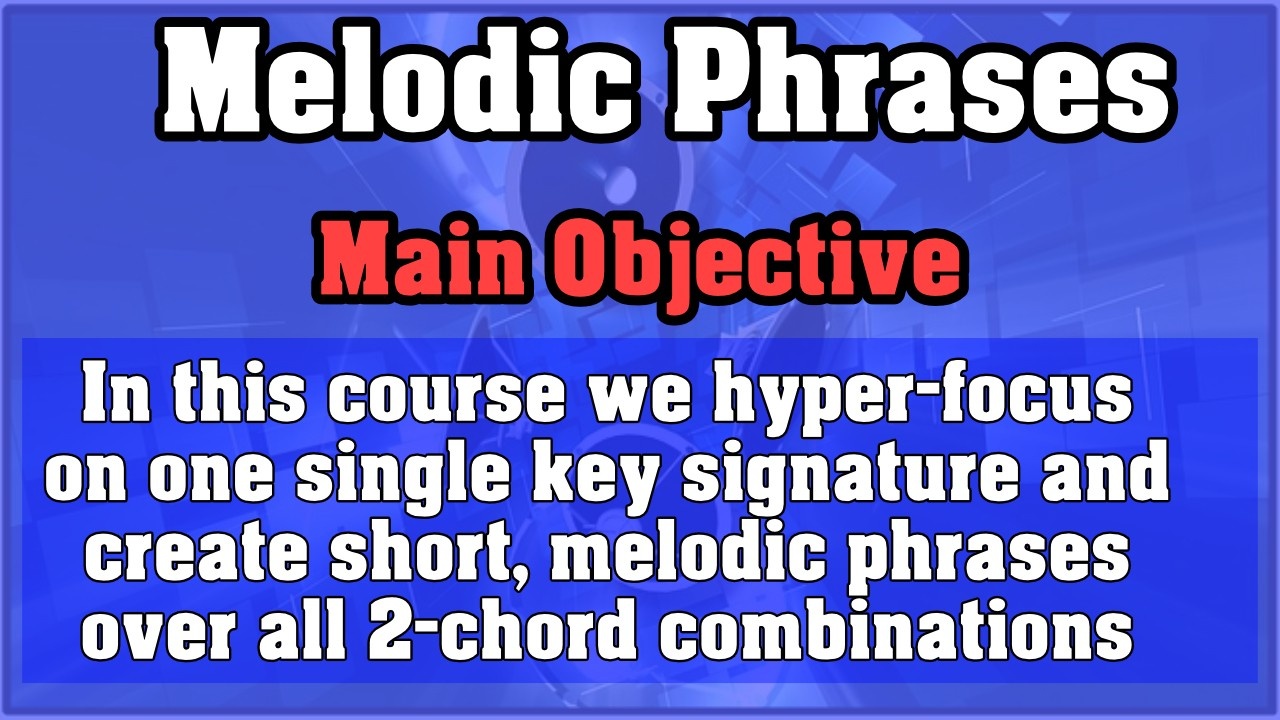 A Mini-Course is where we focus on just one single concept that you can apply to your playing immediately. One single mini-course consists of anywhere between 1 and 20 videos, and also includes a full text version of the lesson including all of the charts and diagrams that were used in the videos.

Here is a quick video showing you how these mini-courses work:

Topics Include (but not limited to)...

A "Video Backing Track" is a guided jam track. The screen displays a suggest scale to use as the lead guitarist. The screen also displays the chords that are being played in the rhythm section. Sometimes the fretboard diagrams change in real time as the rhythm chords change, and sometimes they remain static throughout the entire chord progression.

If you're still thinking that this whole understanding music thing is limited only to the "gifted" and "talented" people, or if you are still under the assumption that many years of schooling and dedicated study is required, think again.

It is 100% possible for YOU to easily learn these skills. In fact I will prove it to you right now. Here is a free 30-minute lesson that gives you a step-by-step process on how to easily learn almost any song by ear.

What Others are Saying! 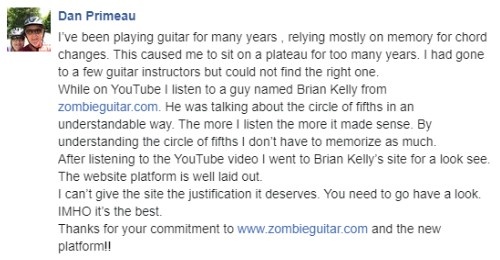 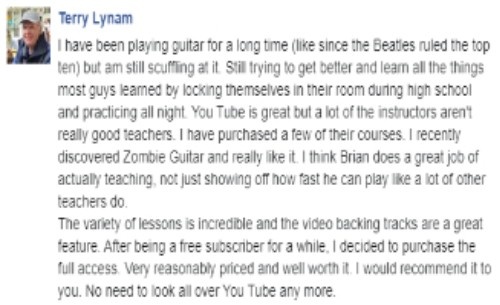 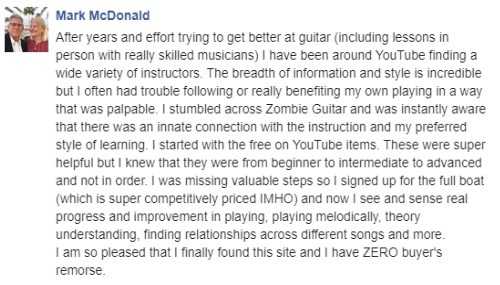 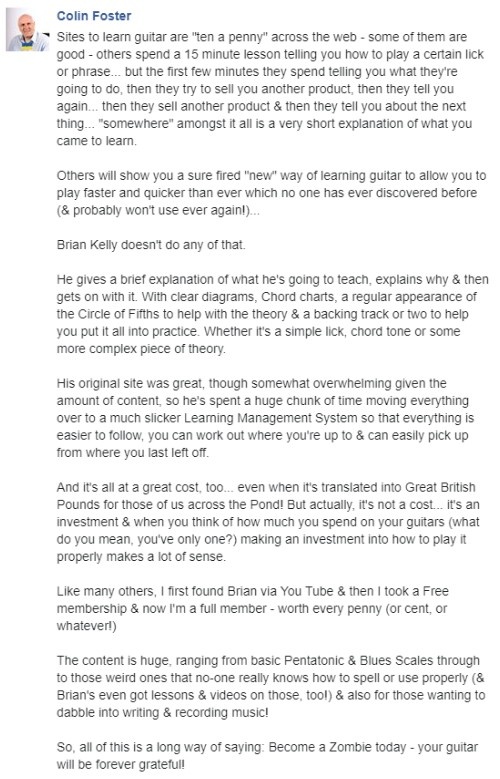 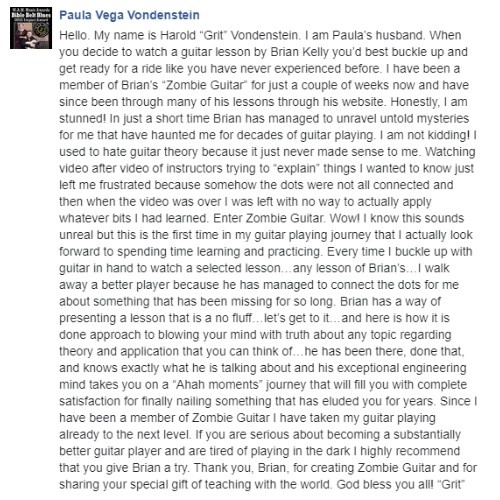 Try it for a Month!

Zombie Guitar is designed to last you for a lifetime. However, if within the first 30 days you decide that you just don't see yourself using this resource, simply just ask for your money back and we'll give you a full refund! 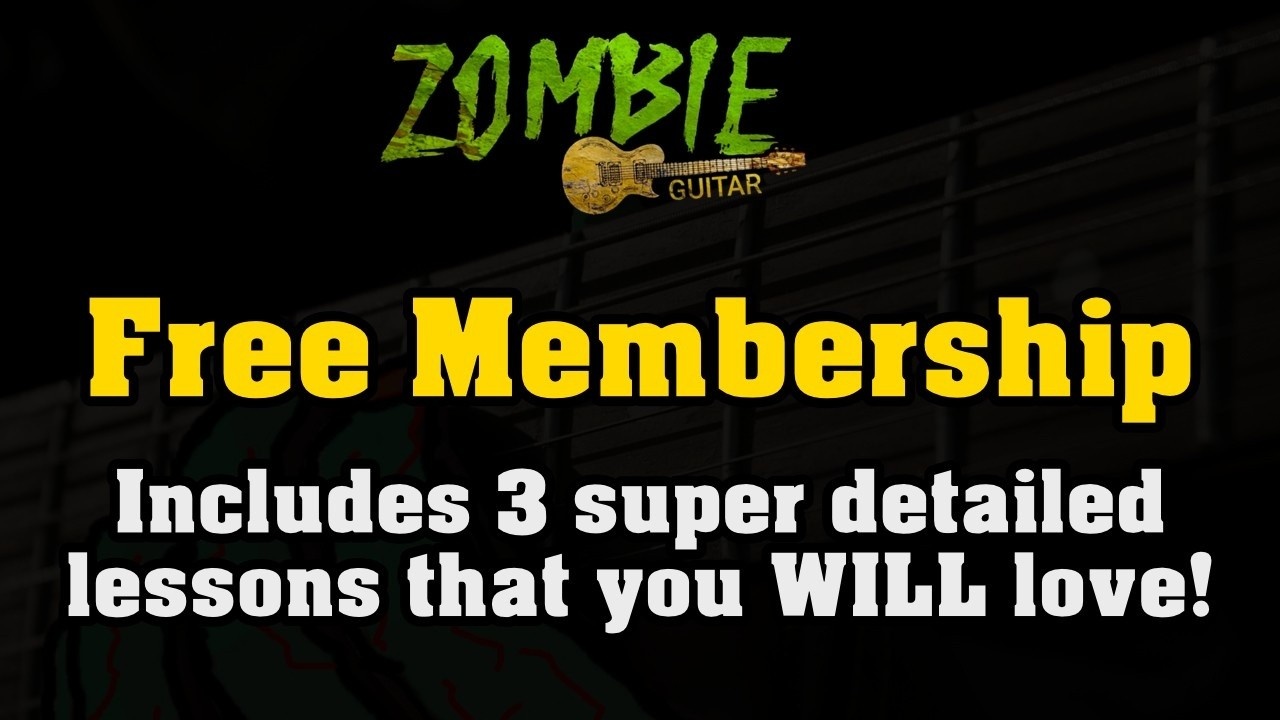